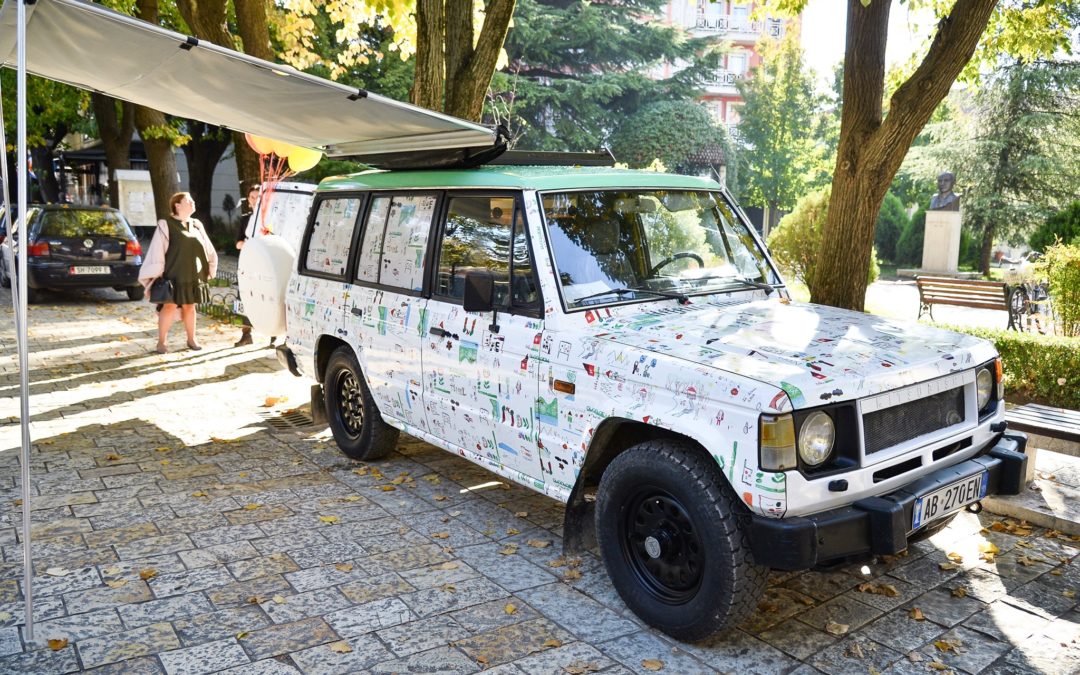 A simple ceremony took place in Shkodra, where a car already transformed into a mobile library was handed over to the Municipality. The confiscated machines of organized crime and drug trafficking are being turned into mobile libraries.

The Federal Republic of Germany through GIZ is supporting Albania in the fight against illegal financial flows, organized crime and drug trafficking in particularly affected areas. The reuse of confiscated assets for social purposes is being carried out in close cooperation with the Municipality of Shkodra and the Agency for the Administration of Sequestrated and Confiscated Assets.

A study visit was also held in the framework of the BAMIN presidency, which was attended by all representatives of counterpart agencies in the region and representatives of Europol and the European Union and the United Kingdom, on a confiscated property.